The need for a network, which has long been a priority for workshop organizers Fundación Ealy Ortiz A.C. of México City and InquireFirst of San Diego, Calif., was underscored by seasoned science journalists who are looking beyond their borders to cover regional science, public health and environmental issues.

As global issues such as climate change, Zika virus and water shortages increasingly dominate the news, Latin American and Caribbean journalists agreed that their stories would be strengthened by collaboration across international borders to provide audiences a regional perspective.

During the Ealy workshop, Ivan Carrillo, anchor of the Los Observadores program on México ’s TV Azteca and frequent contributor to National Geographic, discussed the need for a regional network with fellow panelists Valeria Román, cofounder of the Science Journalists Network of Argentina; Emiliano Rodríguez Mega, independent science journalist in México who is studying for a master’s degree in science journalism in New York; and Luisa Massarani, of Brazil, the Latin America and Caribbean coordinator for SciDev.Net.

In another session, reporters and editors participated in an interactive session on mining hidden science stories led by science journalists Debbie Ponchner of Costa Rica and Federico Kukso of Argentina.

Journalists discussed separating scientific fact from fiction during a panel moderated by Lynne Friedmann, editor of ScienceWriters magazine. Friedmann was joined on the panel by Nora Bar, science editor at La Nación in Argentina, and science and environment writer Mariana León, with El Financiero Bloomberg in México City.

During a luncheon presentation sponsored by the Gordon and Betty Moore Foundation, three prominent conservation scientists — Rob Wallace, Nuria Bernal Hoverud and James Aparicio — talked about their work at Identidad Madidi in Bolivia to explore and demonstrate the biodiversity in the South American country.

Fundación Ealy Ortiz A.C.  is a nonprofit organization founded in 2004 by Juan Francisco Ealy Ortiz, publisher and owner of the daily newspaper El Universal in México . Since its inception, the Fundación has awarded more than 1,500 scholarships to journalists at more than 500 news organizations in Latin America to attend workshops the organization has conducted in Latin America, Europe and the United States.

A special thanks to our sponsors 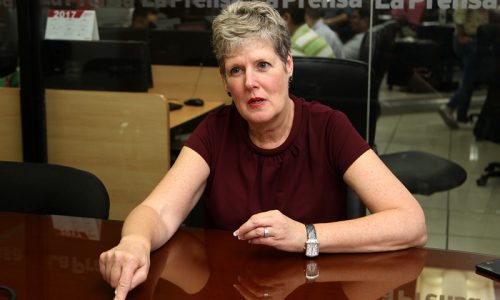