WASHINGTON, D.C. — InquireFirst intern Jennifer Lu has been awarded a $5,000 special reporting grant by the Council for the Advancement of Science Writing (CASW) Taylor/Blakeslee Project Fellowship Program to report on the urgent problems created by the nation’s aging drinking water infrastructure.

Lu is completing her final semester of the University of Missouri master’s program in journalism, where she is focusing on investigative and data journalism. Her professional goal is to apply these skills to stories about science, health and the environment.

In awarding Lu the fellowship, the judges noted the urgency and importance of investigative science reporting on the drinking water contamination crises now facing many cities. They congratulated Lu on a reporting plan that will dig into these issues and examine the effectiveness of practice and regulation at the local, regional and national levels.

Lu is one of five graduate students currently supported by Taylor-Blakeslee University Fellowships. The Brinson Foundation, which underwrites the fellowships, provided the follow-up grant to enable a Fellow to undertake a career-launching enterprise project.

Fellows approaching graduation were invited to propose high-impact enterprise projects that would leverage their graduate training and entrepreneurial talent. “The submitted projects were all excellent, and we hope these exceptional science journalists will find ways to complete them. The world needs this reporting,” said CASW Executive Director Rosalind Reid.

Lu holds a master’s degree in biochemistry from Brandeis University and worked as a research technician in Boston-area medical labs before refocusing on science journalism.

This is the second year of the project fellowship. The first grant went to Amy McDermott, then enrolled in the Science Communication Program at the University of California, Santa Cruz. 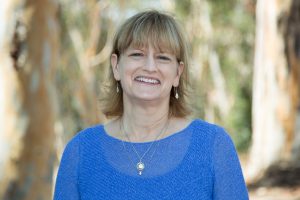 NEW YORK – Sam Quinones, a California-based journalist with deep reporting experience in Mexico, was awarded the National Book Critics Circle (NBCC) Award for Nonfiction during a March 17 ceremony at the New School in New York.

Quinones’s book, “Dreamland: The True Story of America’s Opiate Epidemic,” was described by NBCC judges as “masterful and sobering. ‘Dreamland’ is like a classic tragedy in which what we fervently wanted, an absence of pain, turned out in many cases more damaging than anyone could have imagined.”

The judges said, “Dreamland is a devastating dive into what may be America’s most extensive drug crisis. Quinones masterfully weaves together individual tales from all quarters of the epidemic. It all came together in what Quinones calls a catastrophic synergy in which over prescription formed a generation of addicts.”

In accepting the award, Quinones said his research “took me all over this country” before he finally set his story in “a Rust Belt town that had been beaten down…the town of Portsmouth, Ohio.”

Portsmouth has been devastated by addiction, as have hundreds of small rural towns and suburbs across America. But it is in Portsmouth that Quinones said he found hope.

“They are finding the wherewithal to build community,” he said. In other cities and towns across America, however, Quinones said he found “a story of isolation over community.”

Quinones, a contributing journalist with InquireFirst, credited his experience as a crime reporter in Stockton, Ca., with shaping him as a writer.

“That’s where I learned how to tell crime stories, how to cover murder, cover gangs, cover drug trafficking, and write my ass off for four years of the most withering crime rates anyone has ever experienced,” he said.

Quinones, who lives in Los Angeles, is the author of two earlier books: “Antonio’s Gun and Delfino’s Dream” and “True Tales from Another Mexico.” 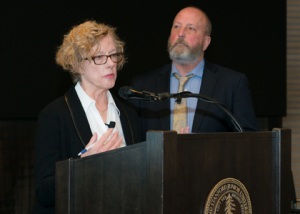 The 20-month project they jointly edited, “Big Oil, Bad Air: Fracking the Eagle Ford Shale of South Texas,” explored the tension between cheap energy and air quality in one of the most active oil and gas fields in the United States. White was executive editor of InsideClimate News, a nonprofit that focuses on climate and energy news, at the time.

White and Morris discussed the impact of their work at a February 17 Knight-Risser Symposium. Their team of reporters, which included Lisa Song and David Hasemyer, produced more than 40 stories focused on a largely rural area of Texas where thousands of wells and production facilities release tons of toxic chemicals into the air with virtually no regulatory oversight. The Weather Channel producer Greg Gilderman was also honored for his role in the project, which resulted in a 15-minute Weather Channel documentary. 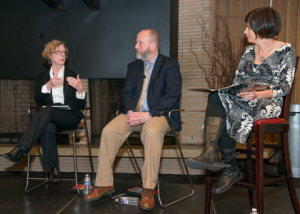 White used the occasion to emphasize the need for an organization like InquireFirst, which will focus on only two or three topics a year and will stick with those topics until the problems it exposes are addressed, no matter how long that takes. Both InsideClimate and CPI have moved on to other projects, she said, although the air-quality problems in Texas have by no means been solved.

People like the rural Texans interviewed for “Big Oil, Bad Air,” “need unbiased, factual information if they are to have a voice in the public debates that are increasingly dominated by powerful business and political interests,” White said. “And I happen to believe that people like us…have a moral obligation to make sure they get it.”

NEW YORK — InquireFirst correspondent Elizabeth Douglass is among four veteran journalists who have won grants of up to $15,000 as recipients of McGraw Fellowships for Business Journalism.

Nearly 80 journalists working in more than a half-dozen countries applied for the fellowships. The winners were chosen following interviews and a thorough review of detailed proposals, work samples and references.

Douglass will use the grant to help fund her reporting on InquireFirst’s inaugural project, an in-depth examination of the nation’s deteriorating water infrastructure and water quality protections, with an emphasis on issues beyond those highlighted by the Flint, Mich., water disaster.  Her first story will be released in January.

A previous finalist for the Gerald Loeb Award, Douglass’ stories have led to appearances on The Rachel Maddow Show, Public Radio International and Chicago public radio, as well as in a PBS documentary about turmoil in the defense industry. She is a former staff writer for The San Diego Union-Tribune, the Los Angeles Times and InsideClimateNews.

The McGraw Fellowships, an initiative of the Harold W. McGraw,Jr. Center for Business Journalism at the CUNY Graduate School of Journalism, were created in 2014 to support ambitious coverage of critical issues related to the U.S. economy and business.  They are awarded twice a year to support journalists who need financial assistance to pursue a significant story or series that provides an in-depth look at an important business or economic issue. The program’s goal is to help journalists produce complex, time-consuming, and important journalism at a time when traditional media are struggling with small staffs and lean budgets.

Other Summer 2016 McGraw Fellows include Katherine Eban, a New York-based investigative reporter, who will use the fellowship to complete research for a book about the generic drug revolution, and freelance journalist Kristin Hussey and photojournalist Christopher Capozziello, who will examine the dangers and costs of the lucrative “gray market” for prescription drugs.

The McGraw Center for Business Journalism was established in early 2014 by the family of the late Harold W. McGraw, Jr., former chairman and CEO of McGraw-Hill and long-time publisher of BusinessWeek magazine. The Center is dedicated to enhancing the depth and quality of business news coverage through training, student scholarships and support for veteran journalists.

PHILADELPHIA – Lynne T. Friedmann, a San Diego-based freelance science journalist who serves on InquireFirst’s Advisory Council, has been named a 2016-17 Beckman Fellow of the Chemical Heritage Foundation (CHF), in Philadelphia. This fall she will spend three months conducting research in the CHF archives and libraries of the University of Pennsylvania as well as engaging with scholars at science institutes in the area. Friedmann is currently writing a book on the history and science of ink.

Financial support for Friedmann’s award comes from a Société de Chimie Industrielle fellowship, designed to support writers, journalists, educators, and historians of science, technology, or business with multimedia, popular books, and internet-based projects that foster dialogue on science and technology in society.

Trained as a journalist and biologist, Friedmann has spent her entire career in science communications as a university public information officer, staff writer, consultant to scientific professional societies, and freelance writer. Since 2000, she has been editor of ScienceWriters magazine, published by the National Association of Science Writers.

Among honors received, Friedmann is a Fellow of both the American Association for the Advancement of Science and Association for Women in Science for her “leadership and significant contributions to the public communication of science and technology.”

Founded in 1982, the Chemical Heritage Foundation maintains extensive and varied collections of oral histories, modern and rare books, archival materials, art, and artifacts to examine the roles science and technology have played in the past, how they affect our modern world, and the ways they will shape the future. With dozens of scholars in residence each year, CHF boasts the largest private fellowship program in the history and social study of science in the United States.