Don Fry, an independent writing coach, has taught more than 10,000 authors to write faster, clearer, and with less agony. He also helps editors edit better, and managers organize better. Don has had two careers, first as an English professor at the University of Virginia and at Stony Brook University, and then in journalism. He headed the writing and ethics faculties at the Poynter Institute, and edited the Institute’s series “Best Newspaper Writing.” Roy Peter Clark and Don, friends for 40 years, collaborated on “Coaching Writers.”

In 1994, Don became an independent writing coach, working with newspapers and technical magazines, radio and television stations, and non-profit organizations. He has spread the techniques of coaching throughout the world, especially in Singapore, Scandinavia, and South Africa. He helped create the Institute for the Advancement of Journalism in Johannesburg.

Don recently published "Writing Your Way: Creating a Writing Process That Works for You" (Cincinnati: Writers Digest, 2012). This book shows professional writers how to develop their own collection of techniques appropriate to the way they think, rather than following the methods of their teachers, which may not work for them. The second half shows how to create your own writing voice.

For fun, Don creates mechanical sculptures in wood and metal that make viewers rethink classic stories. Don writes fiction for his own amusement, mostly about World War II. His second novel concerns a newspaper that attempts to solve its management problems by hiring a hit man.

Public Appearances
Rosemary Gibson is principal author with Janardan Prasad Singh of the critically acclaimed book, “Wall of Silence,” which tells the untold human story behind medical errors, and also “The Treatment Trap,” which tells the public what health care insiders know about the extensive overuse of unnecessary surgeries, CT scans and other procedures and tests.


Rosemary Gibson is a national leader in health care quality and safety and a Section Editor of the Archives of Internal Medicine “Less is More” series. She is principal author of The Battle Over Health Care: What Obama’s Reform Means for America’s Future, a non-partisan analysis of the impact of health care on the nation’s economy.

Rosemary Gibson is Senior Advisor at The Hastings Center, founding editor for Less is More narratives in JAMA Internal Medicine, and author of "Medicare Meltdown" (2013), "Battle Over Health Care" (2012), "Treatment Trap" (2010) and "Wall of Silence" (2003).

She is the 2014 recipient of the highest honor from the American Medical Writers Association for her contributions to the field of medical communication. Her writing gives voice to the public’s interest in critical health care issues of the day.

She is a board member of the Accreditation Council for Graduate Medical Education and serves on the CLER Evaluation Committee to advance safety in sponsoring institutions.

At the Robert Wood Johnson Foundation, Rosemary was chief architect of its $200 million national strategy to establish inpatient palliative care programs that now number 1600, an increase from about 10 in the 1990s. She received the Lifetime Achievement Award from the American Academy of Hospice and Palliative Medicine. She worked with Bill Moyers on the PBS documentary, "On Our Own Terms."

She is a public member of the American Board of Medical Specialties Health and Public Policy Committee and Consumers Union Safe Patient Project. She served on the AHRQ Technical Expert Panel for Consumer Reporting of Adverse Events.

Rosemary has given presentations and grand rounds on patient safety at hundreds of hospitals; keynoted meetings of the National Quality Forum, The Joint Commission, National Board of Medical Examiners, American Academy of Otolaryngology, AONE, National Council of State Boards of Nursing, Federation of State Medical Boards, National Summit on Overuse held by The Joint Commission and AMA, Society of Critical Care Medicine, among others. She has been faculty for the Dartmouth Summer Symposium on Quality Improvement and was its 2013 "wizard."

"Wall of Silence: The Untold Story of the Medical Mistakes that Kill and Injure Millions of Americans"
"A call to arms for families who have had loved ones disabled or die in the pursuit of medical treatment." Former First Lady Rosalynn Carter

"The Treatment Trap: How the Overuse of Medical Care is Wrecking Your Health and What You Can Do to Prevent It"
By Rosemary Gibson and Janardan Prasad Singh
"This is a 'buyer beware' book for prospective medical care consumers. The examples of patient harm are individually important: together they create a tapestry of practice patterns that should give you the courage to constructively challenge the recommendations you get from your doctor." Paul O'Neill, former U.S. Treasury Secretary

"The Battle Over Health Care: What Obama's Reform Means for America's Future"
“Published just several months before the Supreme Court upheld most of the Affordable Care Act, Rosemary Gibson and Janardan Prasad Singh’s new book, The Battle over Health Care: What Obama’s Reform Means for America’s Future, paints a picture of a law that, as far as they are concerned, might not have been worth saving.” HealthAffairs

Robert Hernandez, one of the few true veterans of Web journalism, has made a name for himself as a journalist of the Web, not just on the Web. His primary focus is exploring and developing the intersection of technology and journalism – to empower people, inform reporting and storytelling, engage community, improve distribution and, whenever possible, enhance revenue. He describes himself as a mad scientist of journalism.

Hernandez is an associate professor of professional practice at USC Annenberg School for Communication and Journalism. He believes in “open source,” sharing knowledge and experiences among journalists. To that end, he has taken the leading role in uniting and building a community of digital journalists and technologists. H has served as a national board member of the Online News Association, the leading organization focused on developing digital journalism. He’s also a co-organizer of the Los Angeles chapter of Hacks/Hackers, an international network of journalists and technologists that is rethinking the future of news and information.

Many journalists know him as the co-founder of #wjchat, a weekly forum on Twitter that engages participants from around the world. This virtual gathering is perhaps the best example of his commitment to collaboration and crowdsourcing.

Hernandez is also passionate about diversity in journalism. He is a lifetime member and former board member of the National Association of Hispanic Journalists.

As director of development for The Seattle Times, where he worked from 2002 until 2009, Hernandez helped shape and execute the vision for the website, leading a team of engineers and designers in creating innovative tools and applications for readers as well as staff. He also worked as a web designer and consultant for El Salvador's largest daily newspaper site, La Prensa Gráfica, web producer for The San Francisco Chronicle and online editor of The San Francisco Examiner.

He lives in Los Angeles with his wife of more than 10 years, young son and Boston Terrier. He hopes to restore his 1960 Volvo 122 that the freeways of Los Angeles killed one extremely hot summer day.

Art Howe is a former journalist, publisher and co-founder of Verve Mobile, the world leader in location-targeted local mobile advertising. Based in New York City, Verve reaches more than 160 million users monthly through its network of more than 3,500 leading media companies.

Previously, Howe was a publisher and president of more than 50 newspapers and media sites. He was president of Village Voice Media, the nation’s leading publisher of alternative newspapers, including the Village Voice and LA Weekly – both Pulitzer Prize winners. In the 1990s, Howe was president and publisher of Montgomery Newspapers, which were regularly recognized as the best suburban newspapers in the nation. In 1998, the Pennsylvania Newspaper Publisher’s Association awarded him its inaugural Ben Franklin Award for publishing excellence.

Howe began his career as a writer for a number of mid-sized and large daily newspapers, including the Philadelphia Inquirer. His writing was recognized in a series of awards, including the 1986 Pulitzer Prize and the Scripps Howard Public Service Award. Howe graduated from the University of Pennsylvania and holds an M.B.A. from The Wharton School of the University of Pennsylvania. He enjoys playing Gypsy Jazz and making furniture.

Rosalind Reid is executive and program director for the Council for the Advancement of Science Writing, the culmination of a love affair with science writing that began when she walked into the North Carolina State University news bureau in 1984, discovered physics, and gave up political reporting. Six years later she joined the staff of American Scientist magazine, serving as editor-in-chief from 1992 to 2008 and taking a leave to become the first journalist in residence at the Kavli Institute of Theoretical Physics at UC Santa Barbara.

Over her years as a magazine editor, Ros also traveled widely to present workshops on the visual communication of science. That work led to a fellowship at Harvard, where she stayed on to launch an institute devoted to computational science while serving on the board of CASW.

Under her leadership since 2013, CASW has launched the CASW Showcase website for award-winning writing and co-organized the World Conference of Science Journalists with the National Association of Science Writers, while continuing its fellowships and awards programs and the New Horizons in Science briefings, which Reid organizes for each ScienceWriters meeting.

In addition to magazine and newspaper awards, Ros’s recognitions include honorary memberships in Sigma Xi and the Society for Integrative and Comparative Biology and election as a Fellow of the American Association for the Advancement of Science. An NASW member since 1986, she holds a bachelor’s degree from Syracuse University and a master’s from Duke and lives in Amherst, MA. 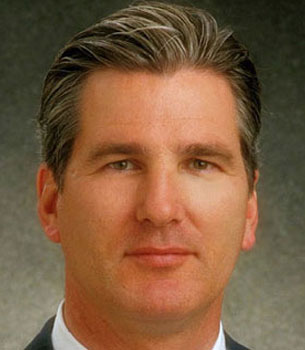 Rick Shaughnessy is founder and principal of Coronado Pacific Group, Inc. a strategic marketing and communications agency serving the investment management industry. Rick began his career in print journalism where he worked as a reporter and editor covering political, financial and economic topics.

Professional and volunteer positions have included: